I'm here to help you with your vision.

Jessica Mack has been writing and editing for over two years. She is currently an intern for Chicago Writers Association, a creative community of Chicagoland writers, and intern for Becky Sarwate/Cubsessions, previous president of the Illinois Woman's Press Association. Jessica also writes about her daily life and current issues on her blog, Jess Because I Can.

She has been Section Editor of Flash Fiction for Crook & Folly, DePaul University's Literary & Arts Magazine and Co-Editor in Chief of the Joliet Junior College Blazer Newspaper. Because of her leadership, the Blazer was 2018 Best-In-Show at the Illinois Community College Journalism Association annual fall contest and received six 2018 Awards for Excellence in Illinois Community College Newspapers in Division I.

Jessica is currently on track to graduate with her Bachelors degree in English with a concentration in Creative Writing at DePaul University in June of 2021. She spends her spare time reading, cuddling with her cats Theo and Nelly (named respectively from A Haunting of Hill House), playing video games and bicycling on the Chicago lakefront. 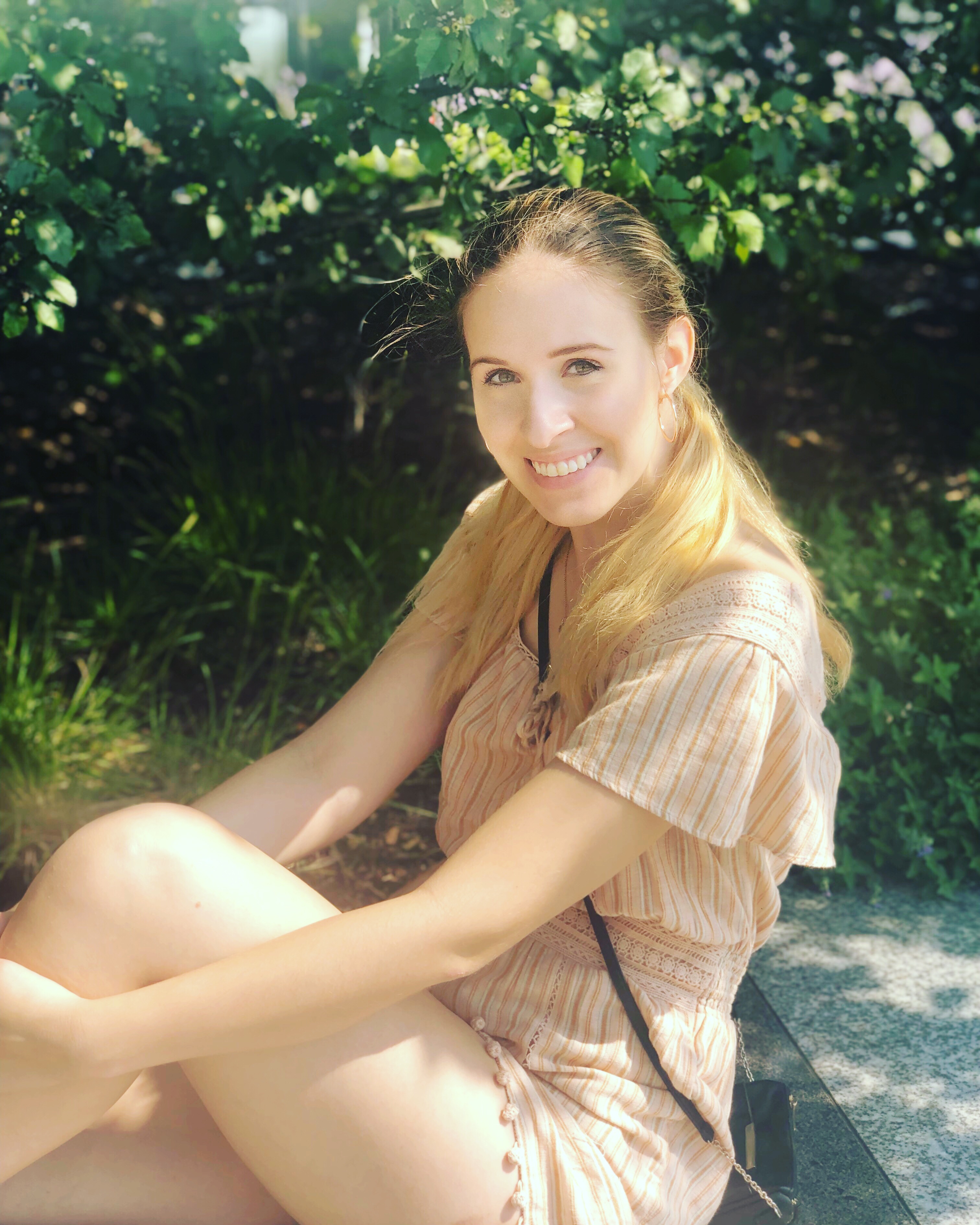 here's why Chicago is reopening way too fast

COVID-19 cases are rising in the U.S. once again, while Europe continues to decline according to Our World In Data:...

how experiencing other cultures changed me

I grew up in the rural Ohio countryside where the nearest store was at least thirty minutes away and I...

an empty Chicago - what's the norm? 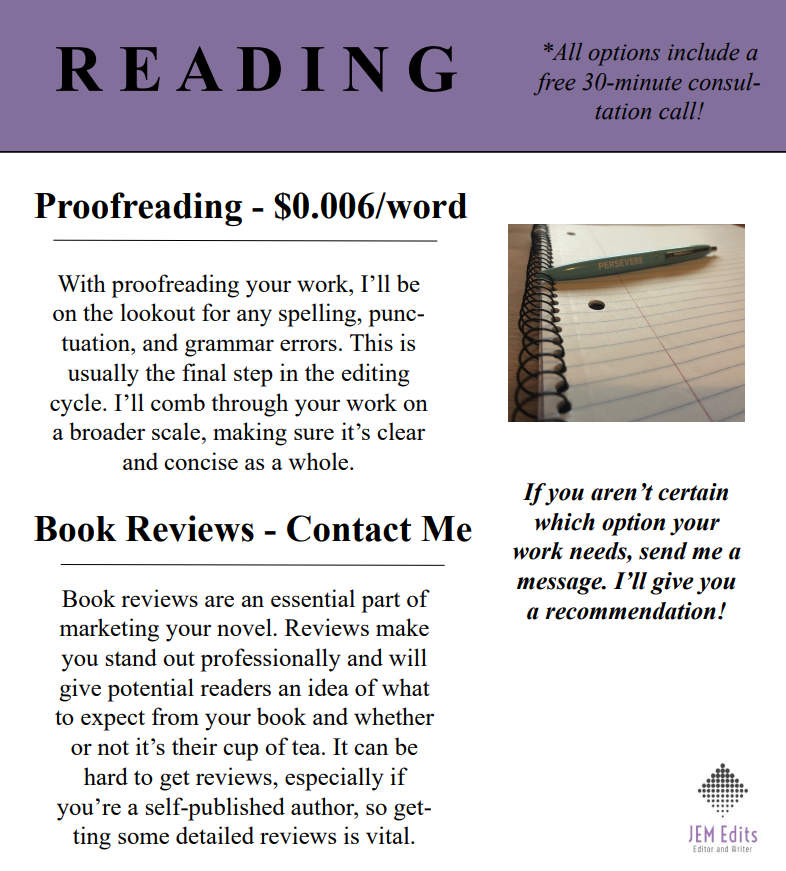 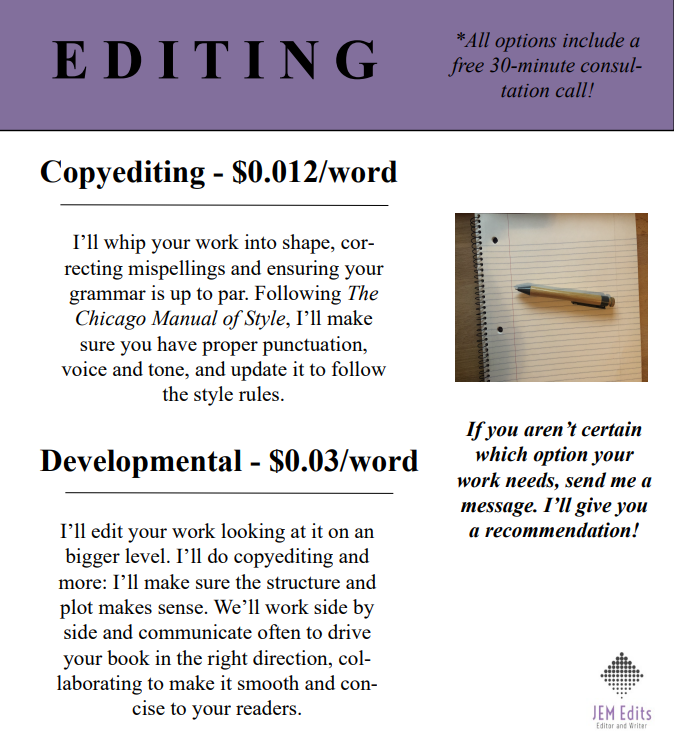 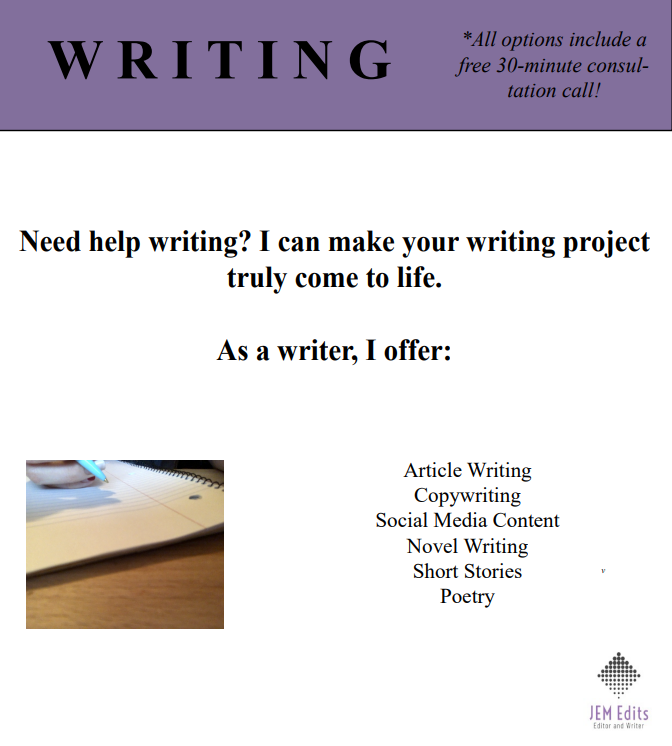 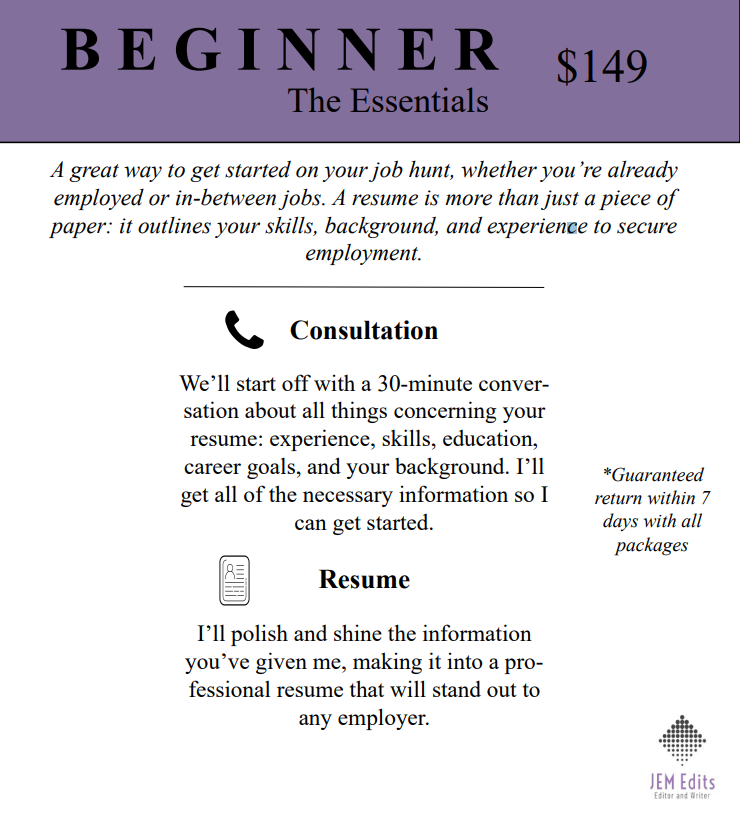 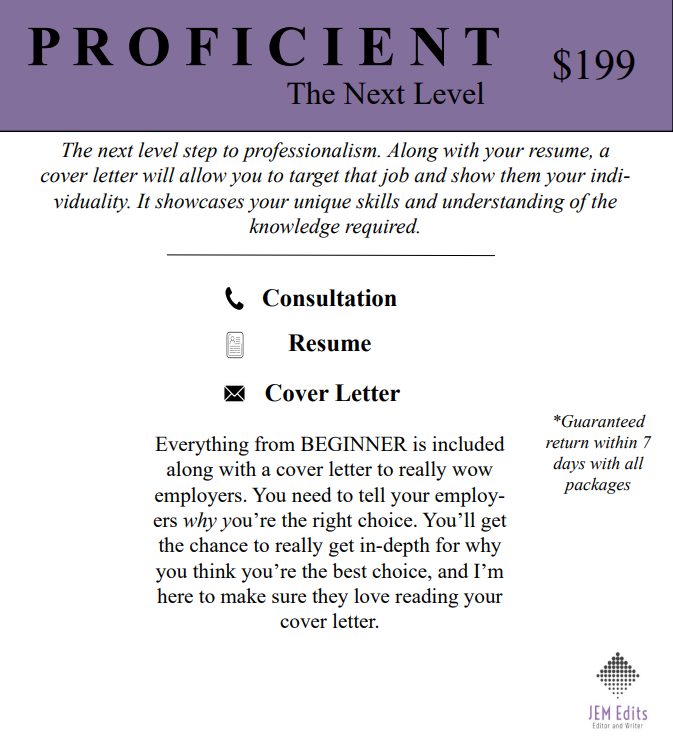 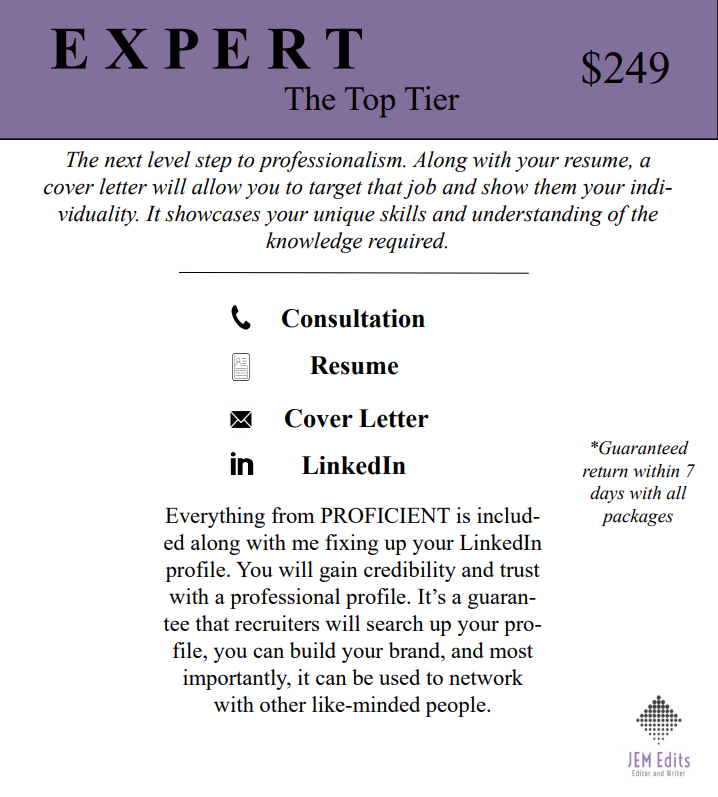 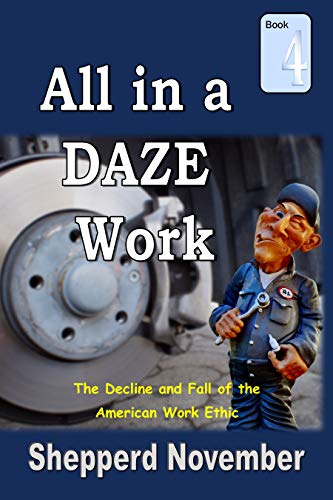 Read More
All in a DAZE work: The decline and fall of the American work ethic
March 22, 2020

Jessica Mack accepted the role and responsibility as the co-editor for The Blazer, the Joliet Junior College student newspaper, in the fall of 2018 despite having only one short semester of experience with the publication. She did not disappoint.

Despite her limited previous experience, she took on that responsibility without hesitation when I asked her to serve. We needed someone, and she stepped up to the challenge. She dived into the work in the summer of 2018, spending a great deal of time preparing the newspaper for the beginning of the fall session.

As co-editor in the fall of 2018, she led the newspaper to its second straight Best of Show award in the Illinois Community College Journalism Association (ICCJA) contest sponsored by Eastern Illinois University. In the spring of 2019, she personally took home several individual awards as the newspaper gathered in about a dozen individual and staff awards in the annual ICCJA spring contest.

Although she had some help during the summer of 2018 prepping the newspaper and putting together a staff, she quickly became the true editor of the newspaper as her co-editor was forced to take on other responsibilities outside the publication. As the leader of the newspaper, she was also forced to take on the role of ad director when the ad director quit suddenly at mid-year. During all of this time, she also served as the lead writer for the award-winning publication and led a novice group to one of the newspaper’s best years in the 22 that I have advised it. Jessica is mature, smart, and serious about her work and her future. I have had the pleasure and privilege to work with many great student editors during my career at JJC and in my previous position as adjunct professor and newspaper adviser at Point Park University in Pittsburgh, and Jessica stands among the best of them.

I look forward to following her career in the coming years because I know she will be successful in whatever path she takes. As her former adviser and instructor, I will take great pleasure in watching her succeed.

I first encountered Jessica Mack in October 2019. My first editor had done a decent job editing my automotive industry expose’ but it still wasn’t where I wanted it. Problem: I was out of money. I spotted Jessica‘s ad on FB saying she was willing to edit 1 or 2 books free of charge to get her name out there.

I messaged her with a challenge: I’m not a writer by trade and my 191,00 word 'expose needs to be scrubbed and polished. After three months, Jessica had taken the somewhat crude writings of this auto mechanic and made it into an enjoyable read.

However, there was another problem: at 191,000 we both agreed it was way too long for the average reader. She suggested it be compressed. I couldn’t see doing that because I had A LOT to say. We both agreed to make my book into a series, and with skill far beyond her years carved my 191,000 words into 4 books.

Please check out Jessica Mack at JemEdits. You won’t be sorry.

Shepperd November, author of All in a DAZE work: The decline and fall of the American work ethic

Jessica polished my old, outdated resume and turned it into something new and amazing. The turnaround was fast and she was very professional. She’s done a great job and I really recommend her.

Highly recommend Jess’s work! She is an amazing writer and is a hard worker. She has helped me tremendously with my papers by giving me pointers of what I need to improve on throughout my essays. In all my essays that she has proofread and edited, I have received A’s. Thank you Jess for your dedication.


Reach out and let me know about your project! Tell me a bit about what you are writing or want written, word count (if applicable), and a deadline. We can discuss the rest after that.

I am also accepting sponsorships at this time. Contact me here and let's see what we can agree to!

Please expect a response within 72 hours.

Bringing text to life is my passion

Ever since I could remember, I have constantly had my nose in a book. I knew that being in the writing and editing industry was what my true passion was all along, so I strive to bring my own passion to the table.


My hope is to bring your passion to life as well

There is nothing better than having someone else there to help you, step-by-step along the way. My goal is to completely transform your writing into a full-fledged transformational revision. My dedication to perfection can guarantee that I'll put my heart and soul into your project.


Short or long, I'll help you through it

While I mostly work with fiction, whether it's a resume and cover letter you're looking to have fixed, article writing or a complete book manuscript, I've got you covered.